Scotland is an unusual place for romance. It is rarely ever in the list of top most romantic places in the world. But the gag is, it is the best-kept secret as far as romantic locations go.

Top 3 Most Romantic Things to Do In Scotland

Much of this coastline country is steeped deep in a rich and vibrant culture and history. Scotland has been a setting for many captivating and heart-rending stories. Its highlands have been romanticized in contemporary literature with a historic setting and its beautiful scenery makes for some of the best places to create warm and unforgettable memories with a significant other.

A lazy stroll down the streets of old town Edinburgh

One of the most romantic things to do in Scotland is to take a lazy stroll down the historic streets of old town Edinburgh. This is the oldest part of Scotland’s capital and was inscribed as a world heritage site in 1996. It stands out for its remarkably well preserved cobbled streets and reformation era buildings. Couples can take casual walks around this piece of medieval history, enjoying each other’s company while taking in the sights and sounds of the town from the large squares marking the location of markets to major public structures like the law courts and St. Giles cathedral.

In typical Edinburgh style, Edinburgh Castle stands at the top of a rocky crag looming majestically over of the Old Town and every cobbled road leads to wonderfully exciting and rich. As couples slowly make their trajectory around the town hand in hand, stores and shops line each street to provide rest, refreshment and objects for mementos.

Dinner at the Royal Yacht Britannia

A lavish dinner for two at the royal yacht Britannia is yet another way to spend a romantic evening together in Scotland. Also known as her majesty’s yacht Britannia, it is the former royal yacht of Queen Elizabeth the second. It was originally launched in 1953 and served until it was decommissioned in 1997. It has since been converted into a museum which has become one of Scotland’s top tourist attractions drawing in thousand from all over the world.

After spending the day touring the beautiful and historic artifacts and rooms on the five main decks of the impressive yacht and getting a glimpse into what life was like for crew members and royalty alike, an exquisite dinner is a perfect way to end the night. Exquisite cuisine from world-class chefs and an ambiance made for all things romantic is a guaranteed take away from this experience.

A visit to the Luskentyre Beach

Last on this list is a visit to the beautiful Luskentyre beach. Reputed to be one of the best beaches in the world, Luskentyre beach on the isle of Harris is a picturesque paradise with white sandy beaches, crystal clear turquoise waters with foamy waves and beautiful sapphire blue skies.  The majestic mountains looming in the background and surrounding lend it a mystical and ethereal quality that heightens the romantic experience of visiting couples.

Whether it is going for a swim, a picnic, camping or a long stroll by the waters on a grey day, the Luskentyre beach offers so many possibilities for a romantic getaway which is why we’ve added it as one of the most romantic things to do in Scotland.

The wealth of culture, history, contemporary lifestyle and living in Scotland provides endless possibilities and ideas for couples to participate in and create memories that will last a lifetime. It is a beautiful country from the highlands to the lowlands, and its aesthetics provides the perfect setting for all things romance.

Want to pin this for later? Click any of the pins below! 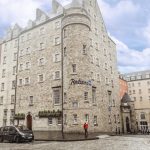 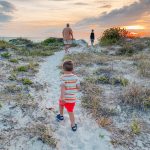 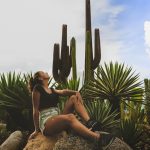 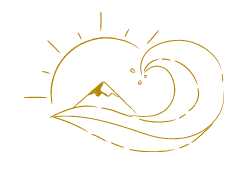